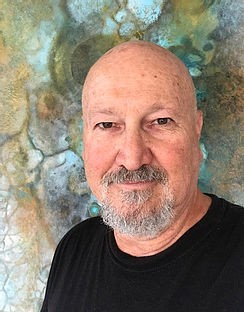 Featured Artist: October 31, 2022 - January 8, 2023
Born in Missouri in 1952, Ronald DeWitt Mills (later Mills-Pinyas) lived the first two years of his life in Germany and later in New Mexico, Arizona, Louisiana, Illinois, Missouri and Kansas. He moved to California in 1970 for his education, later moving to Oregon in 1979 to continue an art...istic and teaching career.

Ron served as Professor of Studio Art for forty years at Linfield College in McMinnville, OR, and is now Professor Emeritus of Studio Art at Linfield. Married to María Isabel Pinyas-Mills, Isabel and Ron have made their homes and studios in the Eola Hills in Oregon's wine country, in Portland, Oregon and in Arenys de Mar, Barcelona, Catalonia, Spain. Ron has three sons and three grandchildren. Ron's interests include hiking, particularly along the Camino de Santiago in Spain.

"The COVID situation casts an existential, touchless, sometimes troubling light on the identity and relationship of individuals to one another; to relationships within families; to relationships within nations, all of which challenges us anew to define a more inclusive personal and global culture. As a painter I seek to form a wider aesthetic context in which adjacency and unity is found in the aggregate; in what carries over panel to panel through gestures; though what bridges across boundaries with color and texture; about how luminosity exposes the depths of darkness."(Ron Mills, Ron Mills-Pinyas)

Abundance Fine Art by artist Ron Mills_Pinyas - Description: Abundance of movement, a kind of buzzing.a dance of particles; the optic of a frenzy. 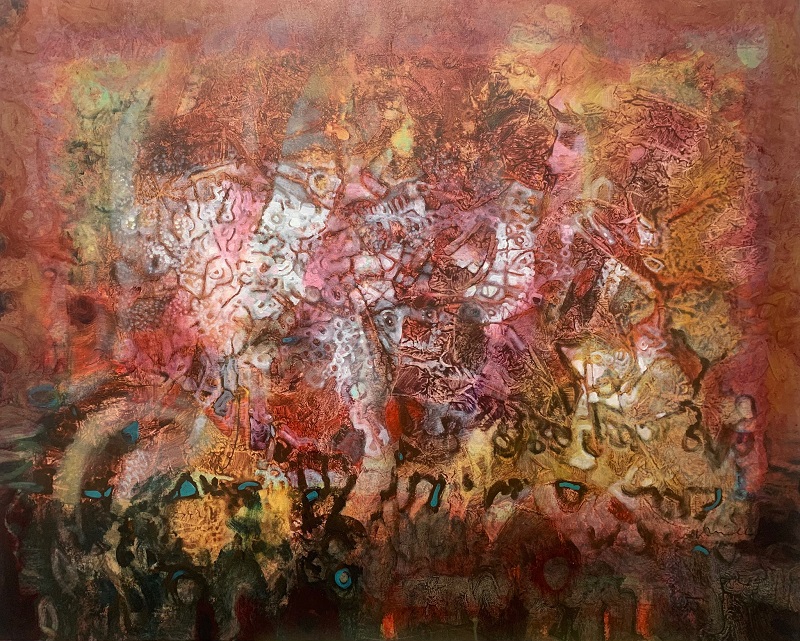 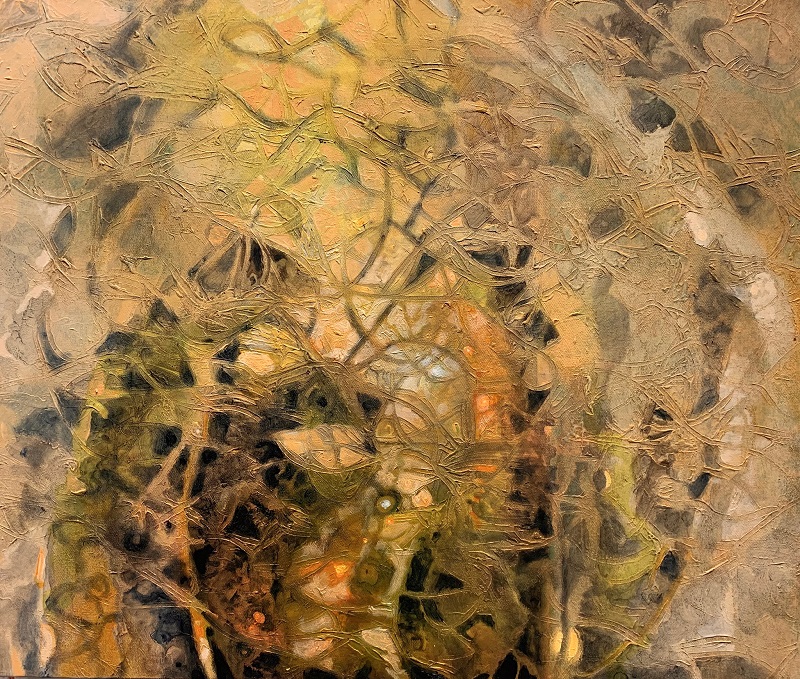 $1,400 + Free Shipping
Blush; Tender is the Night Fine Art by artist Ron Mills_Pinyas - Description: This work is about the sensation of surfacing from a dream, from a reverie. 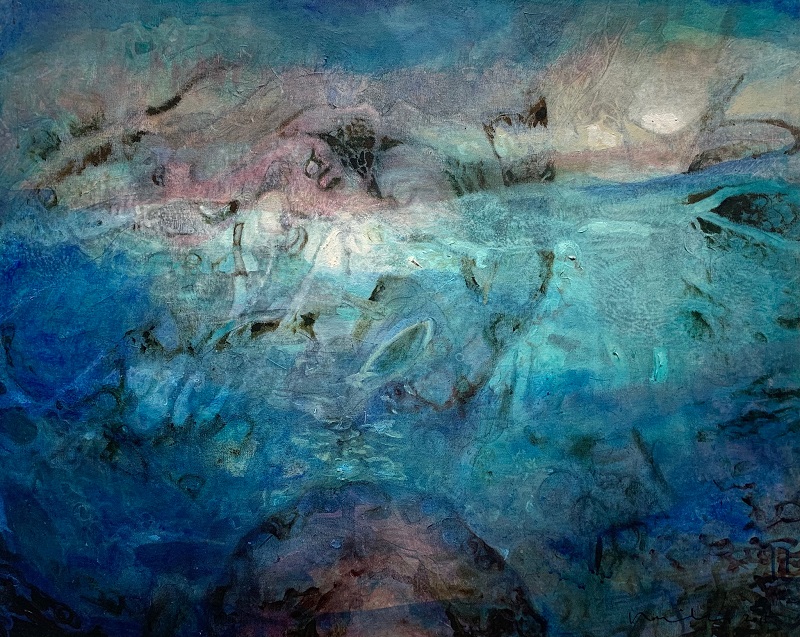 Blush; Tender is the Night

$1,500 + Free Shipping
Caverna Vermilla Fine Art by artist Ron Mills_Pinyas - Description: A certain red is also a fossil drawn up from the depths of imaginary worlds. If we took all these participations into account, we would recognize that a naked color, and in general a visible, is not a chunk of absolutely hard, indivisible being, offered all naked to a vision which could be only total or null, but is rather a sort of straits between exterior horizons and interior horizons ever gaping open, something that comes to touch lightly and makes diverse regions of the colored or visible world resound at the distances, a certain differentiation, an ephemeral modulation of this world-less a color or a thing, therefore, than a difference between things and colors, a momentary crystallization of colored being or of visibility. Between the alleged colors and visibles, we would find anew the tissue that lines them, sustains them, nourishes them, and which for its part is not a thing, but a possibility, a latency, and a flesh of things. 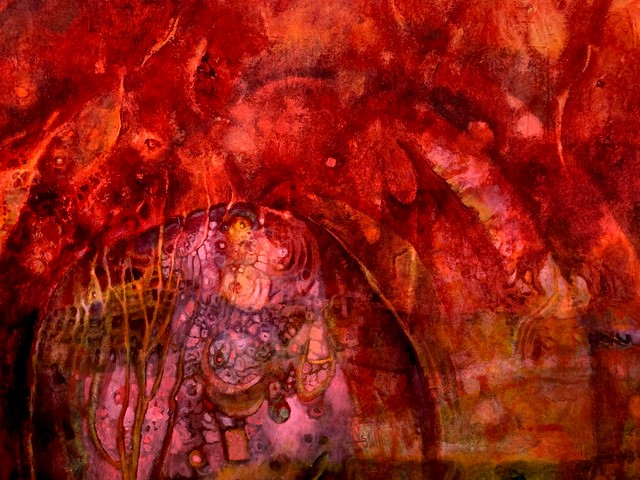 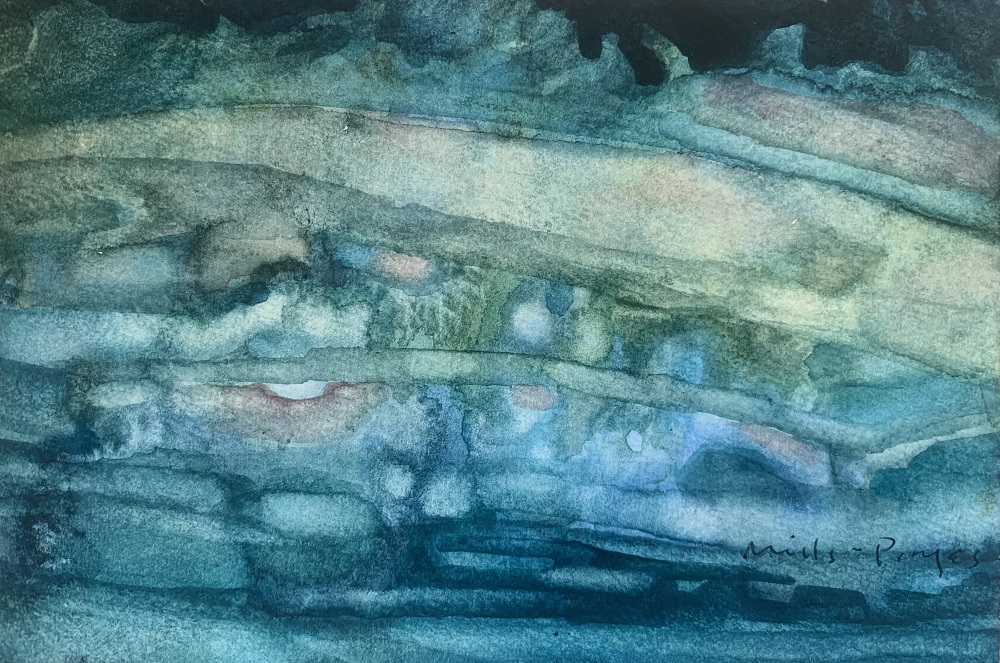 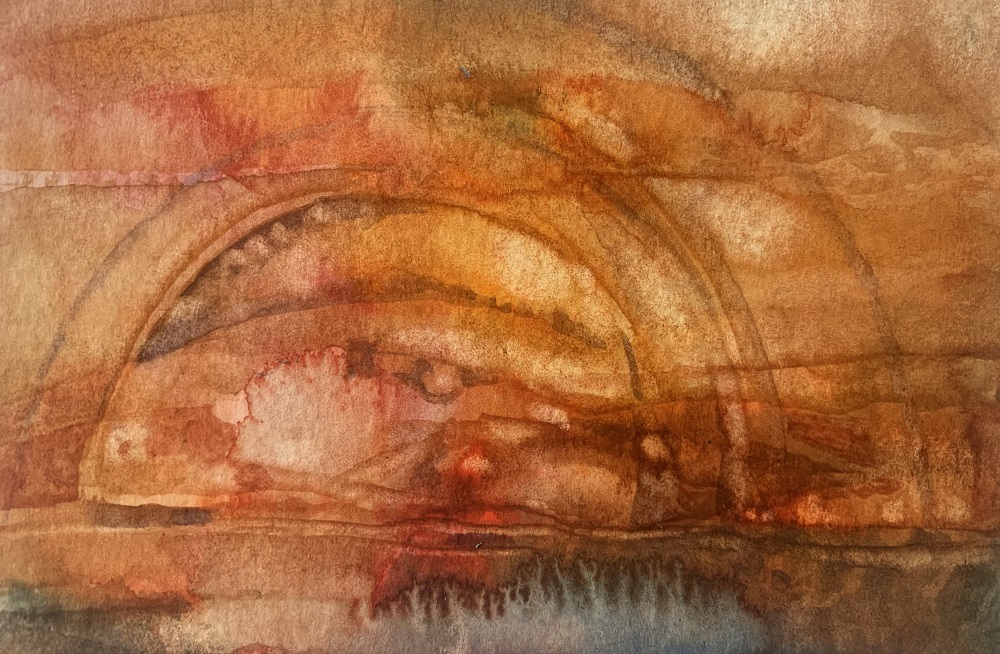 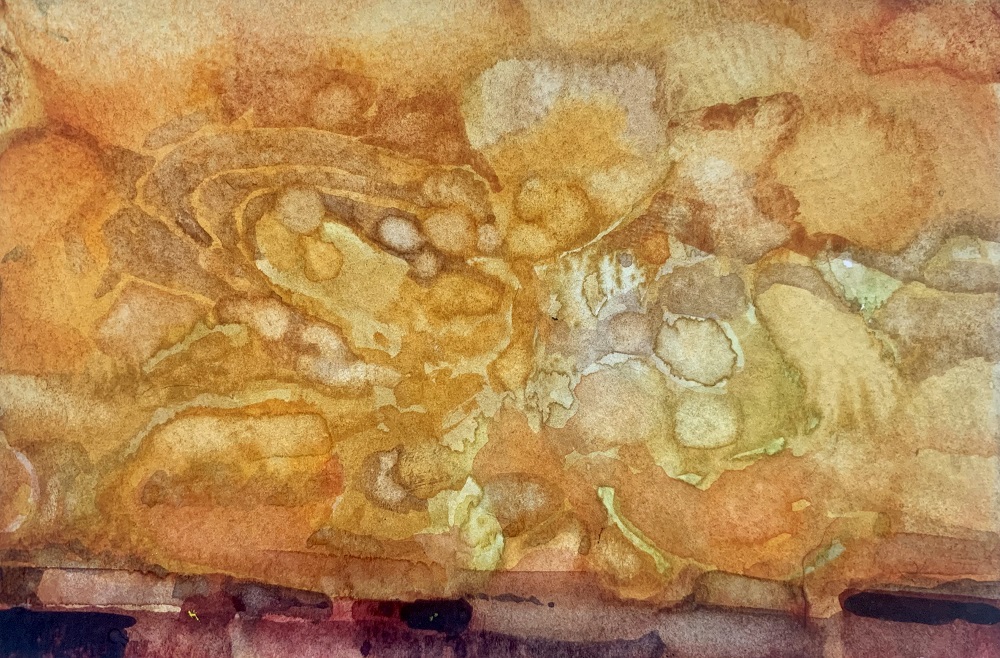 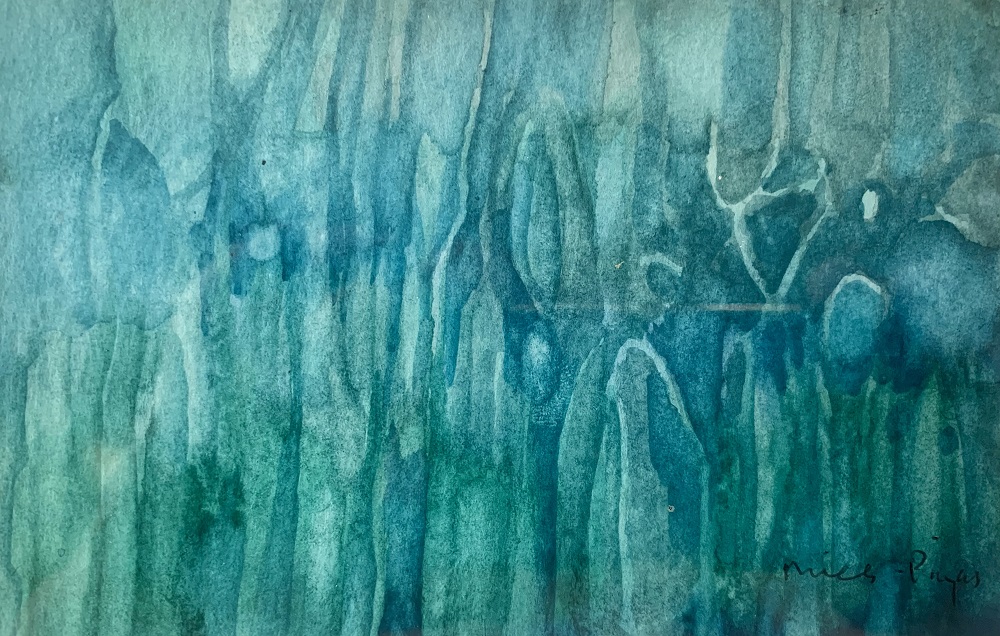 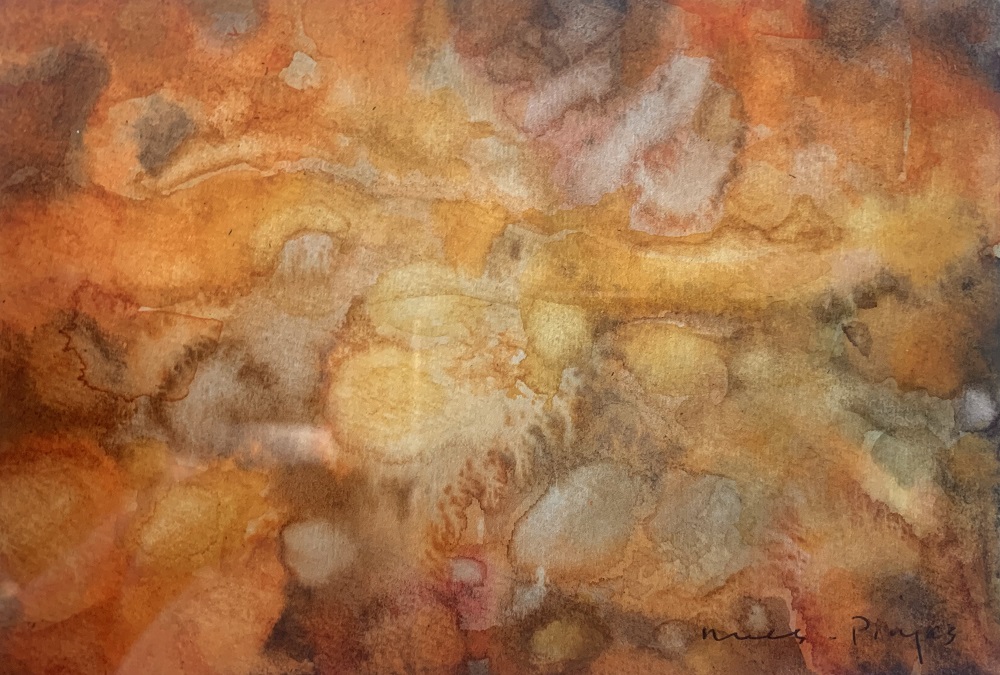 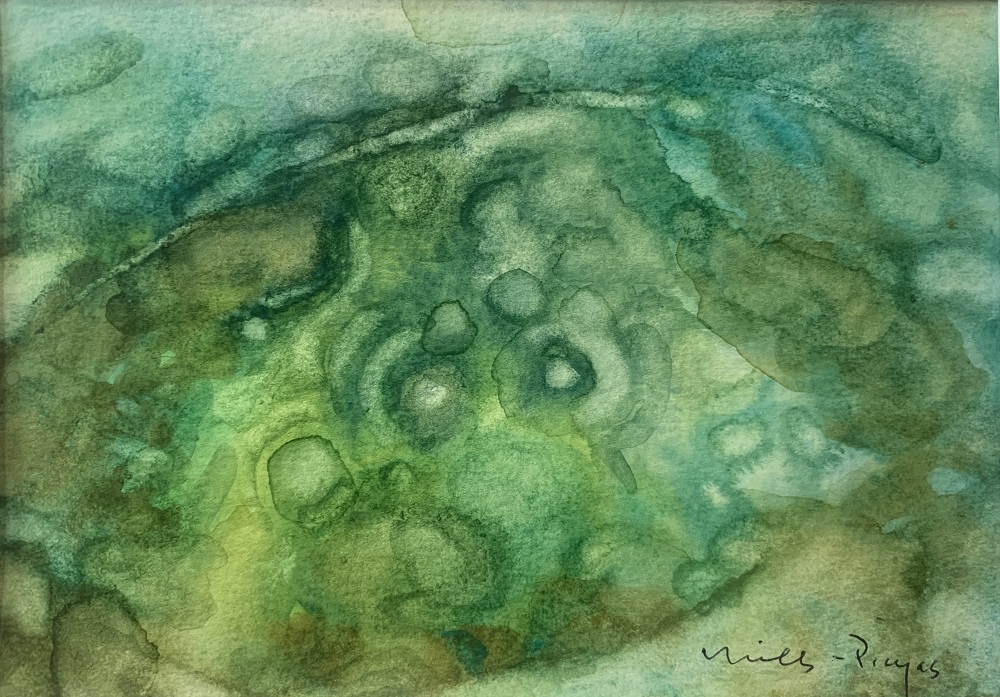 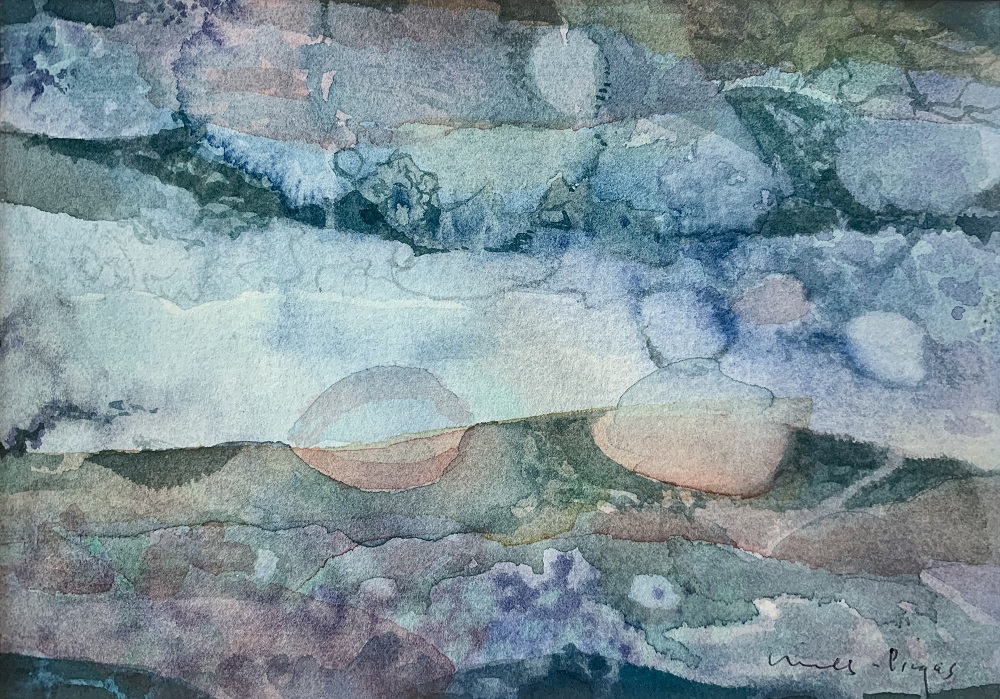